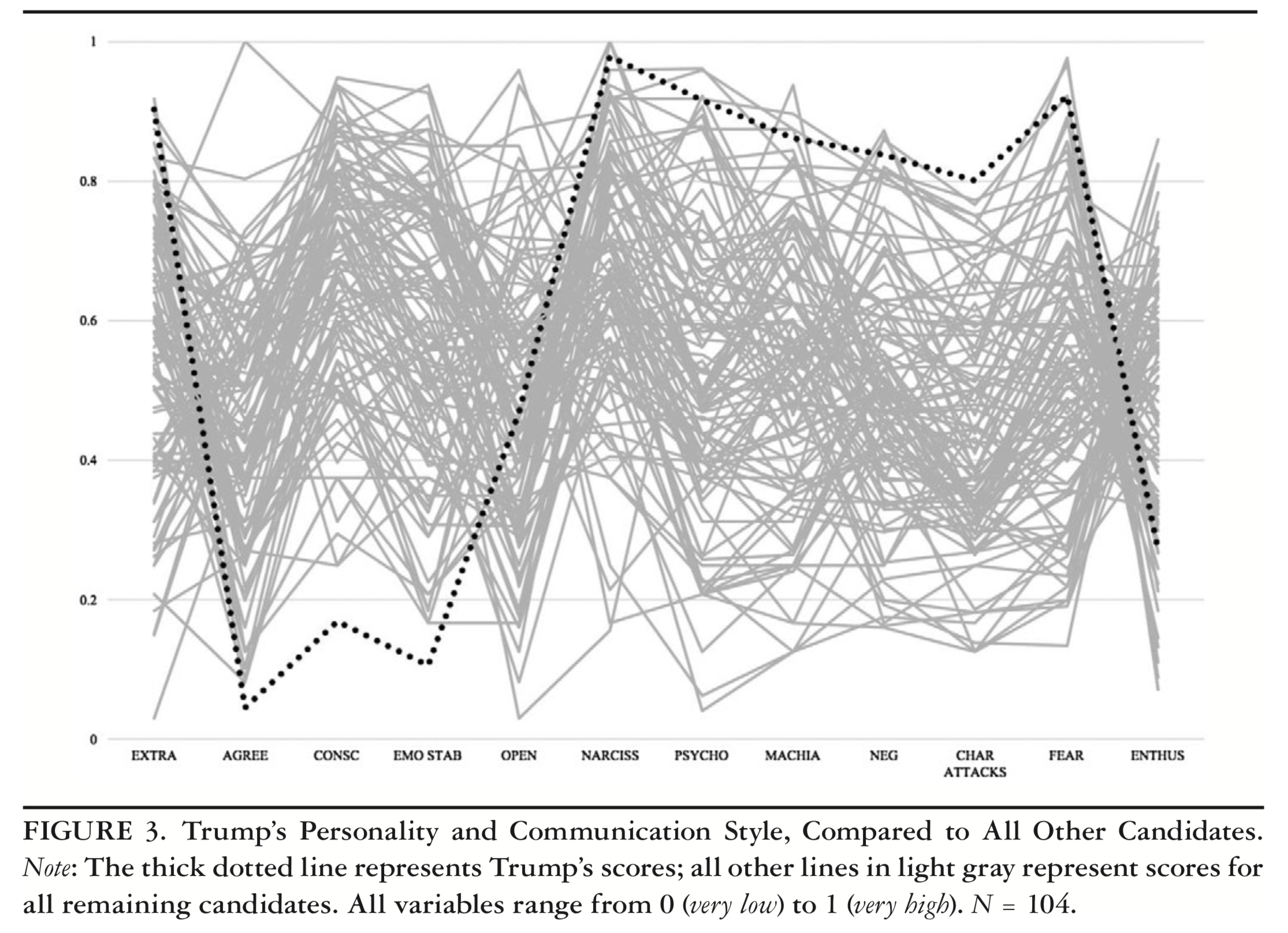 There has been much speculation that personality may be key to understanding perhaps the biggest electoral shock ever – Donald Trump’s triumph in the 2016 US Presidential election. Many commentators have highlighted Trump’s unusually brash, extraverted and narcissistic personality and proposed that it may partly explain his appeal among some voters. However, there has been little systematic evidence to support this claim.

A new paper in Presidential Studies Quarterly addressed this lack of evidence, surveying  875 international experts about the personality traits of 103 political leaders, including Trump and 20 other populists. Alessandro Nai and his colleagues found that Trump’s traits were rated at the extremes even in comparison to other populist leaders, suggesting a “truly unique and off-the-charts public persona”. Continue reading →