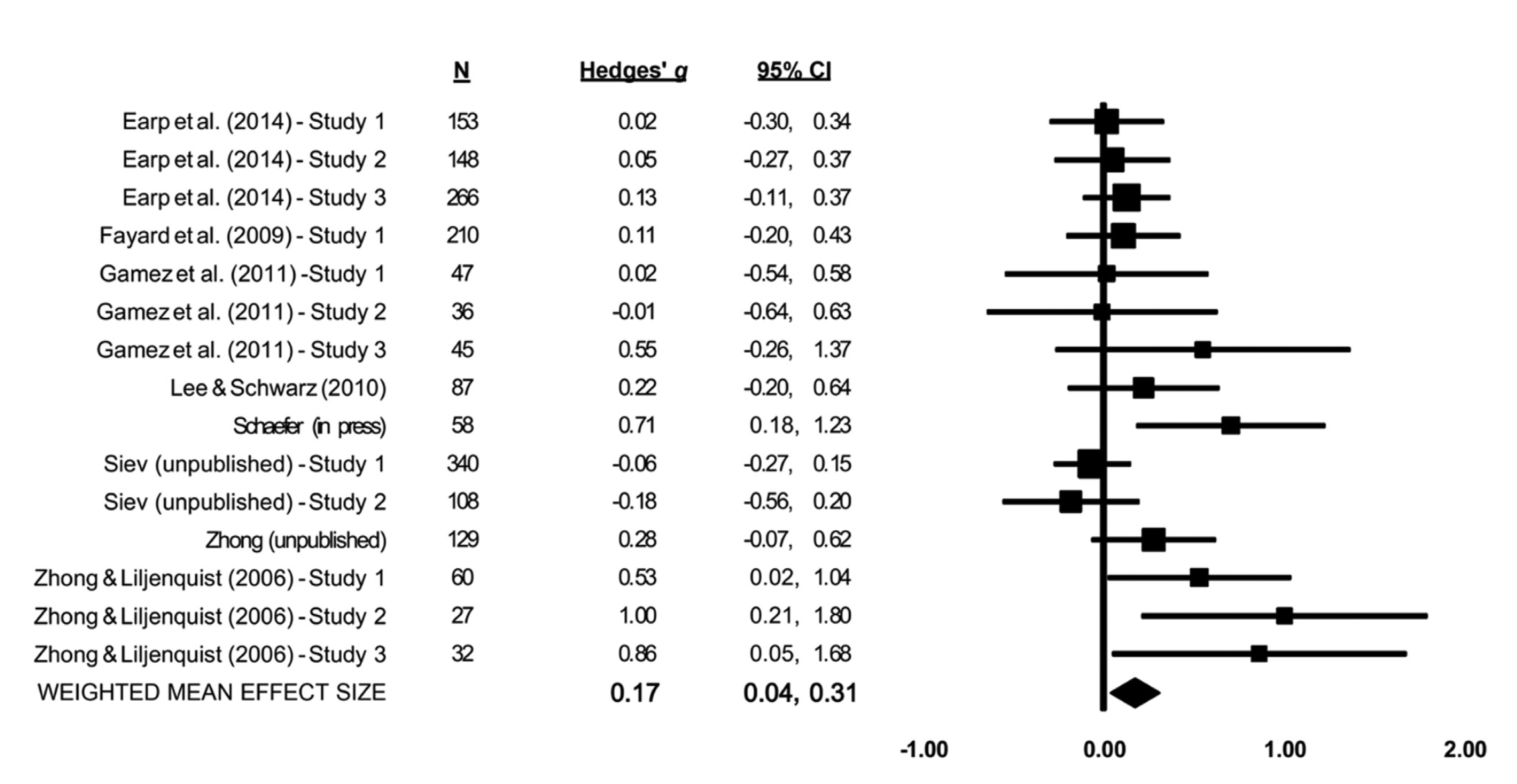 Perhaps no concept has been more important to social psychology in recent years — for good and ill — than “social priming”, or the idea, as the science writer Neuroskeptic once put it, that “subtle cues can exert large, unconscious influences on human behaviour.” This subgenre of research has produced a steady drumbeat of interesting findings, but unfortunately, an increasing number of them are failing to replicate.

The so-called “Macbeth effect” – the idea that “a threat to one’s moral purity induces the need to cleanse oneself” – is a classic example of social priming that gained mainstream recognition and acceptance from psychologists and laypeople alike. But is it as strong as everyone thinks? For a recent paper in Social Psychology the psychologists Jedediah Siev, Shelby Zuckerman, and Joseph Siev decided to find out by conducting a meta-analysis. Continue reading →